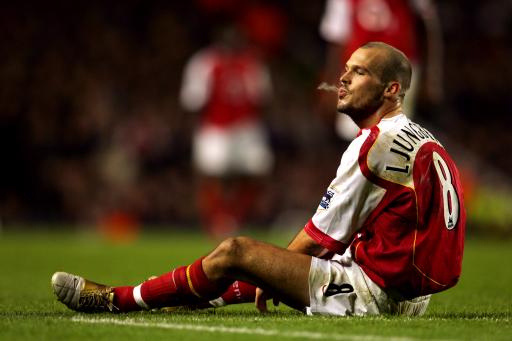 Former Arsenal popper-upperer extraordinaire Freddie Ljungberg has revealed that he has been approached by several English clubs about returning to these shores when his contract with MLS side Chicago Fire expires in January.

33-year-old Ljungberg, who eventually left England for the States (after an ill-fated stint with West Ham) in 2008, told Sky Sports News:

“Not much has happened so far. My contract is up in the New Year, so I have to stay there for now. I will then look at my options and see what happens.

“I have got to look at the different offers, there are lots of clubs that are interested in different leagues from across Europe and in England. I will do the old trick of putting the pluses and the minuses against each other and see what happens.”

Ljundberg saw his start to life in the MLS continually hampered by hamstring and hip injuries, but after undergoing a prolonged bout of surgery, the midfielder claims to be in fine-fettle and up to another stab at the Premier League:

“Unfortunately I had some issues in the last few years, but I’m confident of being able to play in one of the main leagues again.

“They said my hip was broken when I got to America, so they did a big surgery on that and since then I haven’t had any problems with my hamstrings.”

It’s hard to imagine any of the Premier League sides that could realistcally afford Freddie’s undoubtedly high wages being willing to take a pricey punt on an ageing player that has been ‘off the radar’ for nigh-on three years.

That said, perhaps Aston Villa are preparing to plunder Arsenal’s hall of fame for the second time in six months?