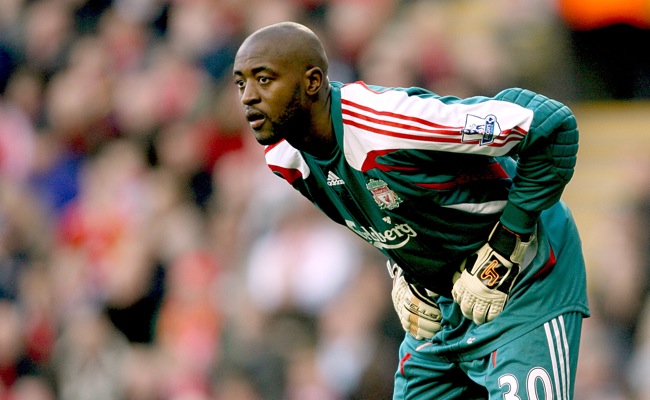 “Liverpool FC has released Charles Itandje from his contract and the goalkeeper has signed a two and half year contract with Greek Super League club Atromitos.

“He will officially join the Athens-based club on January 1, 2011.”

I hear Liverpool fans cry “good riddance, la!” in unison, and not because Itandje is a rubbish keeper (though he’s no Pepe Reina) – the Frenchman will never be forgiven for acting the twat at the 20th-anniversary service for Hillsborough…

Itandje also once attended a Liverpool Xmas party dressed as Osama Bin Laden. He is the Frankie Boyle of football, clearly.