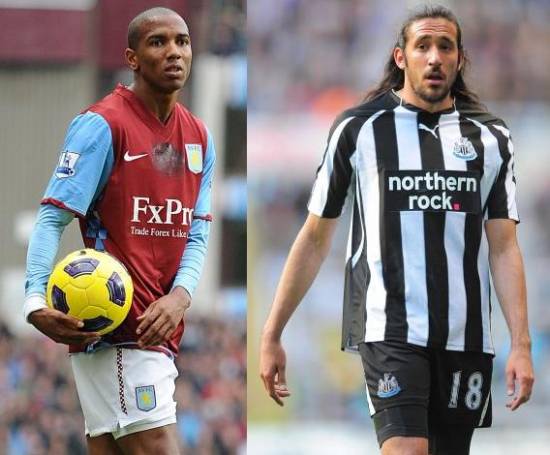 Morning all, fancy a bit of 100% whole-grain rumour roughage to break your fast? Well step this way…

If this morning’s whispers are to be believed, Liverpool will be adding at least one genuine winger to their fairly narrow ranks come January, after finding themselves linked with a cheeky £15 million bid for spindly Aston Villa ace Ashley Young and/or an £8 million move for Newcastle’s hirsute wideman Jonas Gutierrez.

According to reports in the Daily Mirror, Liverpool are working towards the signing of Young (who is apparently keen to join the Villa Park ‘exodus’ i.e. James Milner) as we speak, with manager Roy Hodgson, transfer advisor Damien Comolli and a network of contacts all fluttering their eyelashes at the Villa forward while NESV get the necessary cash together to fund the deal.

Meanwhile, Sportingo are claiming that Liverpool are preparing to capitalise on the current upheaval at Newcastle by prising the ever-divisive Gutierrez (who has voiced his disappointment over Chris Hughton’s sacking on his Twitter page) away from St James’ Park in the New Year.

Do anything for ya?