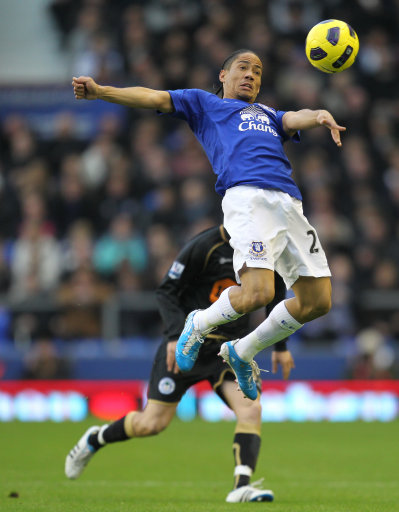 Everton manager David Moyes has admitted that the club may be forced into cashing in on winger Stephen Pienaar while they still can, in order to fund a move for a much-needed striker in January.

Speaking after his front triumvirate of Louis Saha, Jermaine Beckford and Victor Anichebe contributed the sum total of Sweet Fanny Adams to the cause during the Toffees’ goalless stalemate with Wigan on Saturday, Moyes said:

“It may well come to it in the January transfer window that we have to consider selling Pienaar to raise money, because he is out of contract in the summer.

“We know we need a striker, and realistically, the sort of money we will raise through that route, what type of player is it going to buy for us in the January market.”

However, Moyes also conceded that, due to Pienaar’s dwindling contract, the club are unlikely to recoup a fee of any significance – thus forcing them into the loan market once again:

“The sort of money it will cost, I don’t think selling a player will solve that particular problem, and it is probably a reality that we will have to look at bringing in a loan player, that it will be the loan market we will need to look at to provide some sort of solution.”

With Jo being made available again by Manchester City, it would appear that the fates have aligned! Toffees’ fans rejoice!