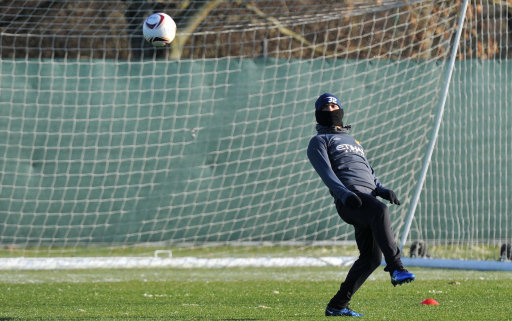 European heavyweights Real Madrid and AC Milan have both signalled that they have no intentions of attempting to sign Carlos Tevez from Manchester City, with both sides shuddering at the uppity striker’s €30 million transfer fee.

Admittedly, there is no official word from the Madrid camp, the Guardian are suggesting that coach Jose Mourinho is desperate to bring in another forward in January as cover for the perpetually injured Gonzalo Higuain and, whilst the Portuguese schemer is known to be a avid fan of Tevez, when it comes down to brass tacks Los Merengues simply can’t afford the rather large financial outlay at the moment.

The same paper are also carrying quotes from Milan chief executive Adriano Galliani, who has made a pre-emptive move to nip any potential rumours of his club’s involvement in the bud:

“Tevez is great but Milan can’t make an investment like that. If we find a forward who looks like a Milan player we will take him, otherwise we’ll stay like this.”

Meanwhile, both the Mirror and the Sun seem certain that, should Tevez decide to retire from the game as threatened, City will sue him for the £50 million they stand to lose from future sales – with the latter also claiming that manager Roberto Mancini will strip the Argentinian of the captaincy, leave him at home for City’s Europa League trip to Juventus this week and force him to train with the club’s youth side for the foreseeable future.

Oh, the ignominy of it all!