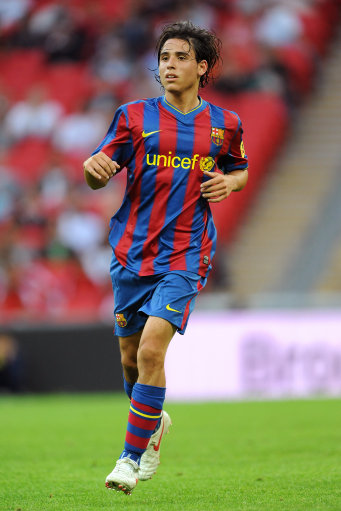 Manchester City have confirmed that they have finally completed the signing of former Barcelona prodigy Gai Assulin on a two-and-a-half year contract this morning after tailing the Israeli youngster since he was released by the Catalans in July.

Assulin, inevitably dubbed the ‘new Messi’ at one point (though the ‘new Benayoun’ is probably closer to the mark), actually turned out for City’s second-string at the beginning of the season during a trial peroid and the 19-year-old midfielder apparently liked what he saw during his brief stint at Eastlands:

“I had heard a lot about City, and as soon as I saw the club I wanted to stay. I’m at a great club and I hope to be here a long time. I have to take my opportunity and learn every day in training.”

Assulin also revealed that his former Barca (and now current City) teammate Yaya Toure also played a major role in his decision to commit to the cause:

“I speak with Yaya every day and I hope to be playing alongside him. I hope to show I can play at this level.”