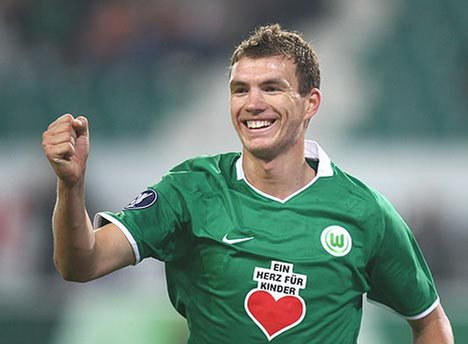 It seems that want-away striker Carlos Tevez isn’t the only one submitting written transfer requests at Manchester City this week.

Word is that Wolfsburg’s towering target man Edin Dzeko has also dug out his favourite ‘Forever Friends’ stationary set and wrote to City to personally request permission to land in Manchester.

“[Dzeko] has taken the remarkable step of writing to [City] to say that he wants to join them. It is understood that the 24-year-old Bosnia star wrote to City in August and outlined his interest in a move to Eastlands.”

The paper are also certain that Dzeko will be City’s ‘top priority target’ next month.