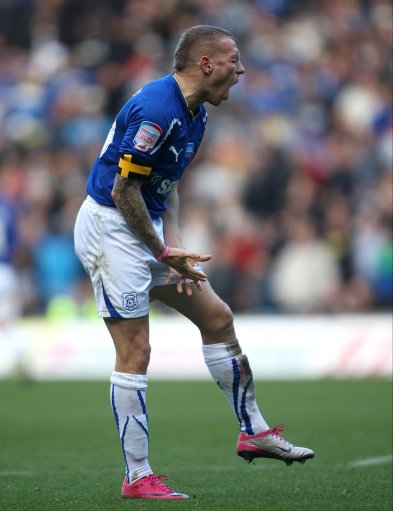 Bit of weird one this. Feyenoord have publicly told Cardiff’s loanee gobshite Craig Bellamy to kindly stop telling ‘cowboy stories’ to anyone who will listen about him joining the Dutch outfit over the summer.

Bellamy is reported to have a special place in his heart reserved for the Rotterdam side, and even suggested to one of the club’s fanzines that he would be interested in moving to De Kuip in the summer.

However, Feyenoord’s technical director Leo Beenhakker has stated that he is unwilling to even begin to consider launching a move for the Welsh striker unless his parent club Manchester City yield on their ‘huge’ asking price.

“I got him on the phone, I sent him a detailed text message, to ask him if he will stop the nonsense. I said to him: ‘Friend, you can say anything you want, but while you are still owned by Manchester City, I cannot’.

“It is as simple as that. As soon as he is free from his club, he knows where he can find me. Until then, these are cowboy stories.

“I saw he said in the media, ‘Beenhakker takes me seriously’. That bothers me. There’s just a huge price tag on him. If it comes off, then we can talk.”

Which all-in-all begs the question: Why does Craig Bellamy love Feyenoord so goddamn much?