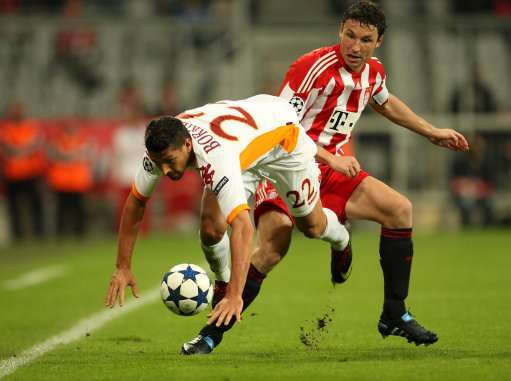 The Daily Mirror seem fairly adamant that both Tottenham and Manchester City have thrown their respective hats into the ring as potential suitors for the outbound Mark van Bommel – who has been told he can leave Bayern Munich in January for £4 million o.n.o, with his contract at the Bundesliga giants set to expire next summer.

Van Bommel and Nigel De Jong reunited at City? My shins are tingling at the very thought.

A couple of days ago, Wolfsburg managing director Deiter Hoeness told the German media that his side were on the lookout for ‘new, tough players like Van Bommel’,  though it is thought that both Premier League club’s will be much better-placed to meet the 33-year-old Dutch schemer’s considerable financial demands – proof if proof were needed.