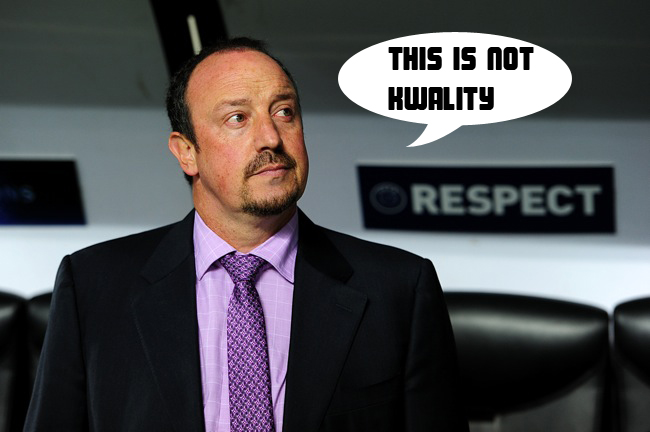 Reports in Italy claim that Rafa Benitez either has been sacked by Inter or is about to be given the boot in the next 48 hours. Recent comments by Inter chief Massimo Moratti suggested that Benitez was a dead fat waiter walking, and not even victory in the Club World Cup – a hollow victory anyway, in a hollow tournament – can save the Spaniard; there are even reports that he has returned to his home in Liverpool.

Rafa for Blackburn Rovers anyone? Don’t laugh, it could happen.