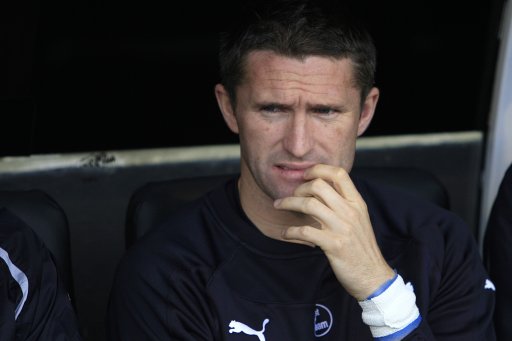 “Where is this ‘Western Ham’ of which you speak?”

According to a ridiculously long-winded piece of a la carte transfer fluff in this morning’s Telegraph, West Ham are within spitting distance of tying up a six-month loan deal for Tottenham rapscallion Robbie Keane – a temporary contract that will reportedly include an optional three-year permanent deal tacked on to the tail-end.

The Hammers are said to be wary of side-stepping Spurs’ attempts to use Keane as a lure in their continued bid to spirit Scott Parker away from the Boleyn.

Tottenham are also thought to be eager to shuffle Jamie O’Hara down the road to Upton Park while the lines of communication are open betwixt the two clubs, but the fact that he is still nursing a back injury may mean that West Ham turn their sights on concluding a deal for Aston Villa’s homesick Londoner Steve Sidwell.

Indeed, that particular deal is rumoured to already be ‘under negotiation’, with the Mirror going as far as to suggest that Sidwell travelled to East London yesterday to undergo a medical ahead of a ‘cut-price’ move in the new year.