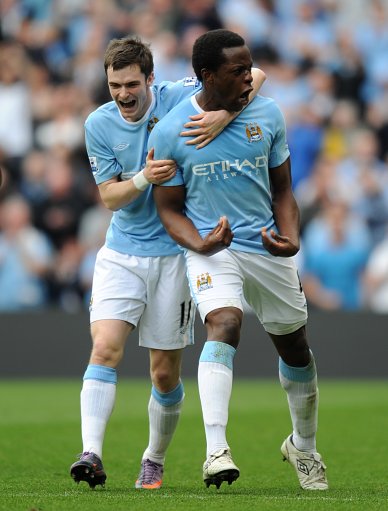 According to the transfer toss in this morning’s Daily Mail, Sunderland are plotting a ‘double raid’ on Man City in January, firstly to tie down current Black Cats loanee Nedum Onuoha to a £6 million permanent deal, and secondly to test the water over bringing in winger Adam Johnson on loan until the end of the season.

The reasoning behind the speculation is fairly wishy-washy, with the salient factors being that Johnson was indeed born and raised in Sunderland, that he isn’t getting an awful lot of first-team football at Eastlands and that Steve Bruce came achingly close to signing him from Middlesbrough last winter only to see the Sheikh blow him out of the water at the eleventh hour.

The paper also suggest that a proposed move for Johnson may be reliant on the completion of the Onuoha deal, as Premier League rules state that clubs can only have a maximum of two English-based players on loan at any one time – with Man Utd forward Danny Welbeck already taking up one of those slots.