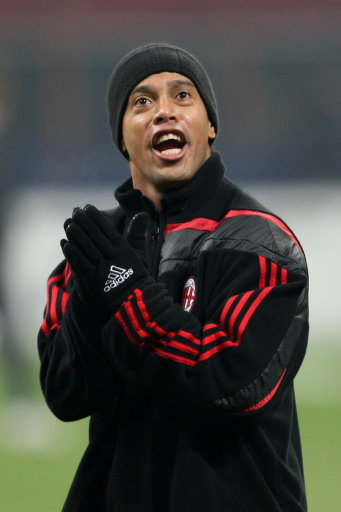 According to the mouth-words of Gremio president Paulo Odone, AC Milan’s resident wonder-horse Ronaldinho is within spitting distance of agreeing a deal to return to the club with which he began his footballing career at the tender age of 7.

“On the part of Gremio and Ronaldinho, everything is already set. What remains now is for (Ronaldinho’s agent and brother) Roberto de Assis to negotiate the release of the player from [Milan].

“The important thing is that Ronaldinho wants to return to Gremio, where his house is and where he learned football.”

‘Negotiating the release’ of the player shouldn’t prove too difficult, as Milan overlord Silvio Berlusconi apparently told Ronaldinho that he was free to leave the club hours after the Rossoneri announced the signing of Sampdoria’s pock-marked upstart Antonio Cassano earlier in the week.