Cesc is lonely, crying out for Xabi Alonso 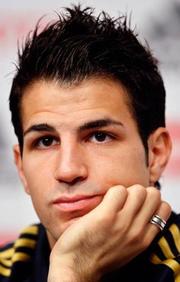 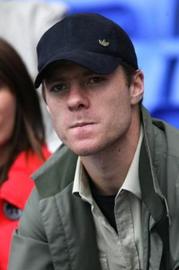 “Attractive, slim Spanish guy seeks partner for weekend strolls in the park. Must be world-class, have GSOH.”
Neither Abou Diaby, Alex Song nor Denilson are good enough -Â yet, at least -Â to partner Cesc Fabregas at the heart of Arsenal’s midfield. I’m sure that’s the view of Cesc himself, and it’s no great surprise that he’s publicly talked up Spanish team-mate Xabi Alonso as a potential midfield partner:

“We need someone in the middle to make competition and make a difference, plus give us a new dimension,” Fab said.
“I think that is all we need. The rest is perfect. Xabi would be great. He’s experienced and can score goals. I’m sure the boss is aware of that fact.”
Alonso would be a fine addition to Arsenal’s squad, but Spanish newspaper Sport claims the Spaniard has agreed a Â£22m move to Real Madrid (Gabriel Heinze would also move to Liverpool). [@ Mail]
And why would Rafa Benitez sell Alonso to a Big Four rival? Answer: he wouldn’t, not unless the price is right -Â and there’s no way Wenger would blow more than Â£20m on a 27-year-old midfielder.
Rafa’s attitude to Alonso mystifies me. There’s something not quite right about the pair’s working relationship -Â perhaps Alonso is too much of a maverick for the Benitez hard line. Xabi had a fine season, and if I was Rafa I’d do whatever it takes to keep him. To be fair, Benitez did issue the following statement, published on Liverpool’s official website:
“The situation is clear, we do not want to sell our best players and that includes Xabi. He had a very good season for us and can be an important player in the future. There is no agreement with Real and we want him to be part of our plans going forward.”
Still, I get the feeling Liverpool would sell Alonso, especially if they could get Â£20m+ and Heinze for him.
Do you think Alonso would make a good partner for Fabregas? Should Alonso switch to the Bernabeu? Or stay at Anfield? So many questions. I think Alonso would be best-served by staying at Liverpool.