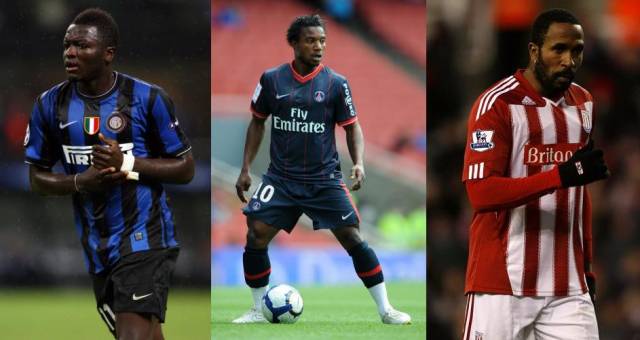 Sunderland manager Steve Bruce is confident that he will be able to complete the signings of Sulley Muntari (on loan from Inter Milan) and Stephane Sessegnon (€6 million from PSG) before the weekend is out.

By all accounts, this Sessegnon character is a bit of a scheister, so he may just be worth keeping an eye on – if not for purely footballing reasons.

Any road up, Brucey told a press conference:

“We’re now in discussions with Sulley Muntari, there’s an agreement with Inter, and I believe the deal is close.

“We’re in discussions with Paris St Germain about Stephane Sessegnon, but we haven’t got permission to speak to the player directly yet.

“We have permission to speak to Sulley, so I guess you could say that’s the furthest down the line but, in the next 24 hours, I would hope that we could add both players to the squad. “

Stoke City have also confirmed this morning that they have accepted Sunderland’s £3 million offer for striker Ricardo Fuller, with manager Tony Pulis adding that ‘both clubs are talking’ – though there seems to be a bit of confusion over the prospective deal, with ‘Wearside sources’ claiming that the Potters are, in fact, talking complete rot.