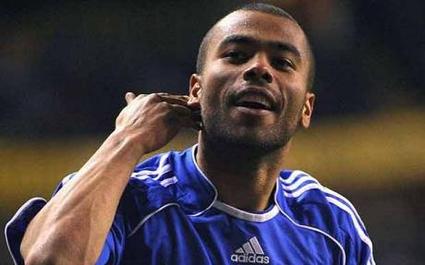 Will Cashley join Real Madrid’s All-New Galacticos? In a word, no
A certain red-topped tabloid newspaper claims that everyone’s favourite left-back has rejected Chelsea’s latest contract offer, reportedly because he wants the same sort of mega cash (Â£100,000+ a week) that his England team-mates, John Terry and Frank Lampard, are on.
Since everyone seems to think that Real Madrid’s ridonkulous summer shopping list features Cole, it makes some sense to assume that this ‘news’ will prompt Real to get in touch with Cole’s agent.
Will Cole end up at Madrid? It’s extremely unlikely – less than 5% likely, I’d say. He’s very settled at Chelsea and is reportedly keen to see what Carlo Ancelotti can bring to the team next season.