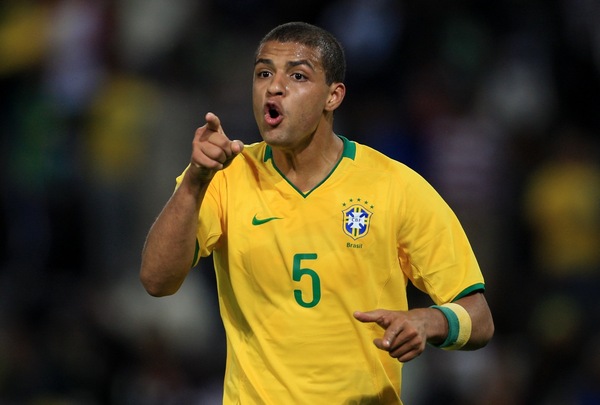 Felipe Melo, who looked very good at the heart of Brazil’s midfield in the recent Confed Cup, is off to Juventus, not north London. He has agreed a deal in principle to move to Juve for around Â£17.5m (Fiorentina, Melo’s current club, also get winger Marco Marchionni as part of the deal, though Marchionni appears to be reluctant to make the move from Turin to Florence).
So the deal is not done, yet, but it seems more than likely to happen, which must leave many Gooners thinking, ‘Why is Arsene Wenger not prepared to spend money on a player he could use?’
Wenger seems determined not to spend more than his own valuation on wanted players, and it’s claimed he only values Melo at around Â£14-15m. While this is admirable and ethical, it’s also unrealistic and counterproductive. I’ve written before that Melo would be a good addition to Arsenal’s squad, in which case Wenger should be prepared to pay over the odds.
Still, this particular transfer saga is not over yet, so Wenger may yet pull a rabbit from his hat.
Do you think Wenger should be doing more to sign players like Melo?