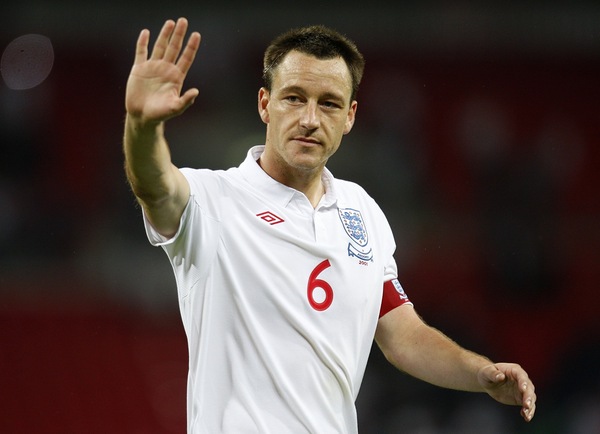 This from The Times:
‘Though [John] Terry has had several injuries in recent seasons, Chelsea continue to insist he is “not for sale at any price”. The club are, however, mindful of dealings with Terry over his last contract talks in 2007, when he signed a five-year deal.
‘During those negotiations, Terry asked for a 10-year contract that included a clause guaranteeing he would be the club’s best-paid player for the duration of the deal. The defender also wanted an option to become Chelsea’s manager when he retired from playing.’
Just a taste of the ‘character’ of England’s captain there.
According to reports, JT – who bleeds Chelsea blue, so he tells us all the time – does now want to speak to Man City about a possible move, and said as much to Chelsea owner Roman Abramovich in a meeting yesterday afternoon.
It can be hard to find anything good to say about Terry, but this beggars belief. How quickly loyalty evaporates when obsecene amounts of money are plonked on the table. I suppose I would feel differently if I was offered the chance to earn Â£250,000 a week (a week!!), but Terry is already on six figures a week – does he really want or need more cash? Or is it more about a new challenge?
For their part, Chelsea should take the money – from the new Chelsea, ironically – and run. Terry has given them many seasons of fine service (I don’t argue against that), but now is the perfect time to get rid of a player who has way too much dressing-room power.