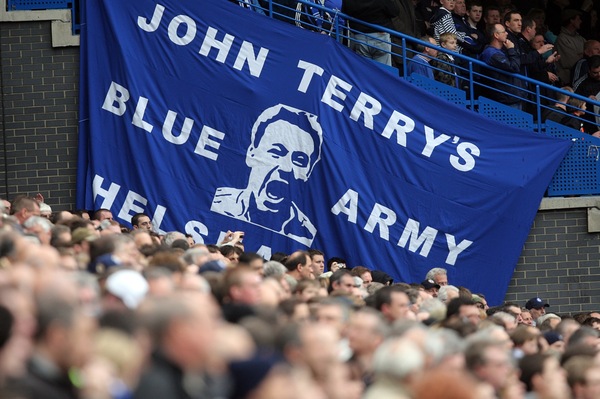 Latest on the JT situation: Man City boss Mark Hughes has gone public in his pursuit of Mr Chelsea, by saying that the player would benefit from a ‘change of scenery’ (not to mention a massive pay rise). Sparky said:
“We would like to think we could offer John a different challenge. He’s been at Chelsea a long time and I know from my own experience as a player that when you have been with a club for a long time you get to a point when you think you need a new challenge and that a change of scenery would re-ignite certain things within you.
“It is not a question of finance, or money, it is about a different challenge, and John being at a different stage in his life and his career, and maybe that is why there hasn’t been a response [to commit himself to Chelsea] because John is seriously thinking in those terms. I went through that process myself as a player and I can understand if that is the way he is thinking.” [@ Guardian]
Inciteful words by City’s gaffer. And he’s an ex-Chelsea player!
The way things are going, I bet that Terry will go to City. I wouldn’t bet anything substantial on it, mind, but the momentum points to England’s captain leaving his boyhood club.
Terry is less than two years from his 30th birthday, so the offer of wages in the Â£250,000-a-week ballpark must be excrutiatingly tempting.
What’s your hunch? Do you think Terry will go to City? Leave a comment or simply vote below: