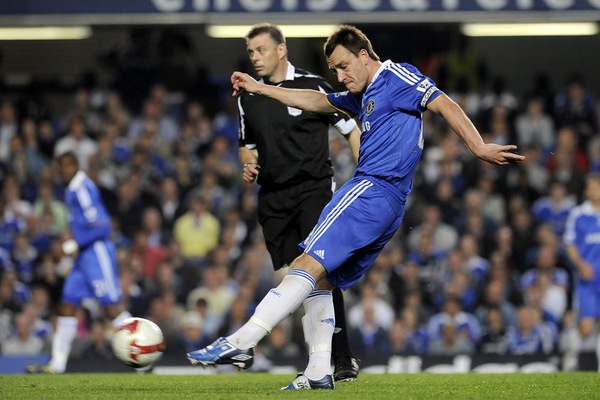 Summer lovin’, happened so fast…
This from the puckered mouth of Chelsea’s chief suit, Peter Kenyon:
“I don’t know what they [City] are offering but I’m confident John is going to remain with us. John is a talisman, he’s the heart of Chelsea, he came through our academy, he’s our captain and he’s also become captain of England while he’s been with us.

“We’re very confident John will be remaining here as captain of Chelsea. We’re not going to sell John so from that point of view it’s really irrelevant what another club will offer. He’s too important to us. We’re very confident he will be leading us forward in the years to come.”
Strong words by Kenyon. Terry is set to lead Chelsea on their pre-season tour of the USA, but as long as he continues to keep his mouth shut about his future, then questions will be asked about Man City’s very public desire to lure him to Eastlands.
All Terry has to do to end these questions is say that he’s staying. The fact he hasn’t surely means he is very tempted by the prospect of a megabucks move.