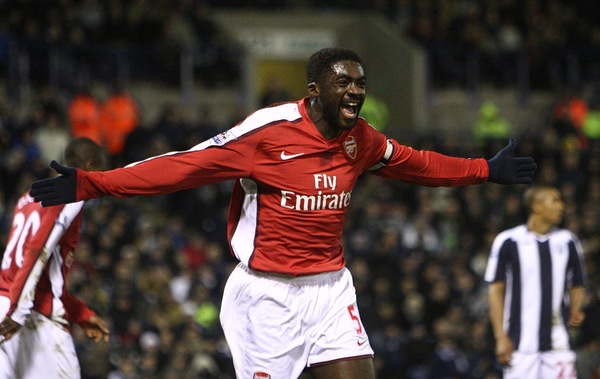 The force is strong with this rumour: Kolo TourÃ© has not denied he’s interested in a move to Man City.
Put in Monsieur Wenger’s geography teacher-style shoes, I’d be seriously tempted to let the Ivorian go for around Â£16m. He’s still only 28 (yeah, you’d think he was older) but he’s not shown the form of a few seasons ago, when I thought – maybe wrongly -Â that he was the best centre-back in the world. A couple of injuries and a bout of malaria later (he’s never recovered 100% from that, I suspect), and he doesn’t even rate in my Top 20 centre-backs.
For a couple of seasons now, TourÃ© has had the air of a man who could use a new challenge; I’m sure most Arsenal fans wouldn’t begrudge him a big-wedge move up north. Or would they? Comments please…
If TourÃ© does go, where does this leave Arsenal? Are they now a selling club that is merely scrabbling to hang on to their big-four place? Will City replace them in the big four this season? So many questions, but until the season kicks off, no answers yet.