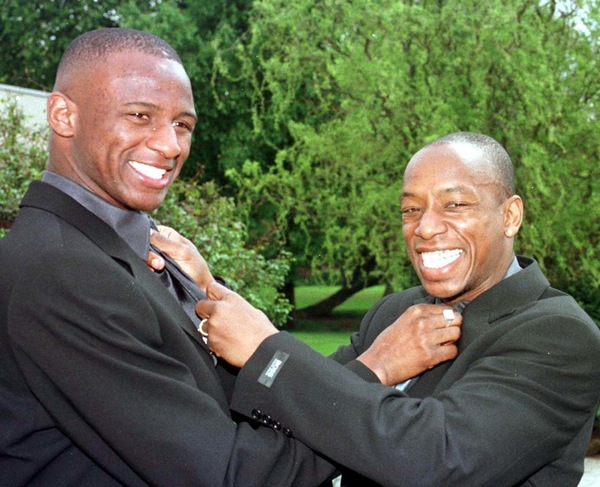 Plenty of transfer toss to consider today, but by far the most interesting rumour comes straight from the big mouth of Ian Wright.
The Arsenal goalscoring legend claims that Paddy Vieira may be set for a second stint under Arsene Wenger.
Speaking on his TalkSport radio show, Wrighty said: “I’m hearing Vieira, pay-as-you-play back at Arsenal. That’s what I’m hearing and that’s what I’m hoping.”
So that’s what Wrighty is hearing, although he didn’t credit his source.

Personally, I’d be very, VERY surprised if this happens. Wenger has no track record of re-signing players and I don’t see why he’d be interested in a 33-year-old midfielder who is definitely past his sell-by date. And a pay-as-you-play deal is not Wenger’s style.
As a sentimental signing, Vieira would make a lot of Gooners very happy, but from Paddy’s point of view, I think it would be a big mistake to go back and (probably) tarnish his impeccable legacy.
I’m always interested to hear Arseblogger’s take on Gooner-flavoured rumours; this is what he has to say about Wrighty’s bombshell:
“Does Paddy even have the legs for the Premier League anymore? He’s spent a lot of time injured in the last two years, so I have to say I’d be more than surprised if he came back. That said, if you gave me the choice between Vieira and nobody at all then I would most certainly choose Vieira.” [@ Arseblog]
Why not try and get Mathieu Flamini back? Call Ray Parlour too. And I hear Liam Brady is still as fit as a fiddle.
Never. Go. Back.