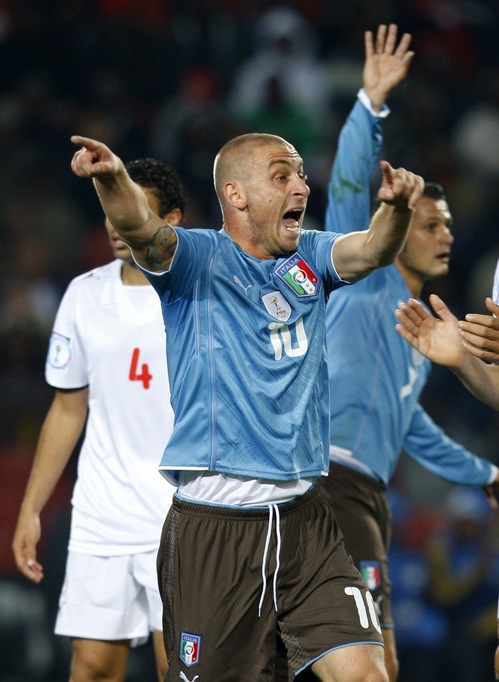 Today’s best example of Transfer Toss can be found in the back pages of the Independent.
Sam Wallace, the paper’s football correspondent, reports that Arsene Wenger is “set to spend big on [Daniele] De Rossi.”
Except, er… in reality,Â Wenger is definitely not set to spend big on De Rossi, who would cost in the Â£30m ballpark. Wenger has never spent that much cash on any player, so I can’t see that he’s about do break Arsenal’s transfer record to acquire a hardman with a poor disciplinary record.
Not that Arsenal couldn’t use De Rossi. You’d imagine he’d dovetail very nicely with Cesc Fabregas (one word: Flamini), but this is a scenario for the imagination only.
Sam Wallace, you FAIL.