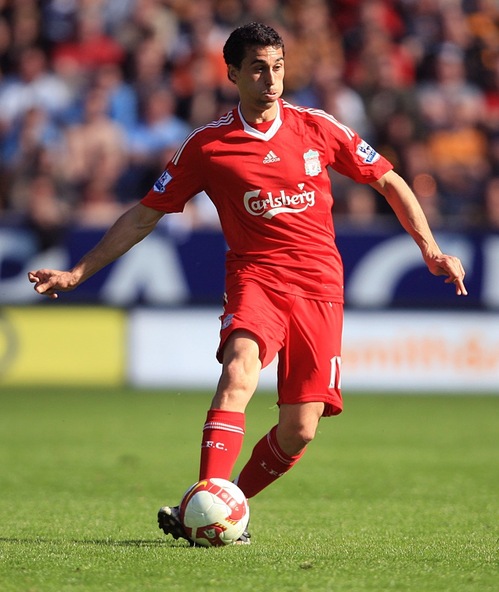 Alvaro Arbeloa has moved to Real Madrid for around Â£3.5m. Few Liverpool supporters will mourn his departure -Â he was not the type of player who excited fans – but you have to say, Real have got an absolute bargain there: Arbeloa is a Spain international and at 26 he still has several good years in his legs. He never dazzled for Liverpool, but neither did he let the club down; his consistency was not the stuff of headlines but I think he was underrated by many fans.
But you can’t blame Liverpool for letting Alvaro go so cheaply. He only had a year left on his contract, so there was the prospect of getting nothing for him; Â£3.5m is better than nothing, obviously. And perhaps Rafa thinks the “gift” of Arbeloa will increase his negotiating power when it comes to keeping Xabi Alonso in England?
Either way, I think Arbeloa deserves a lot of respect for the way he played for Liverpool – he adapted to the Prem very quickly, I thought. Plus he never made the headlines for the wrong reasons. Solid professional, solid citizen. He may not be missed much, but he will be missed.