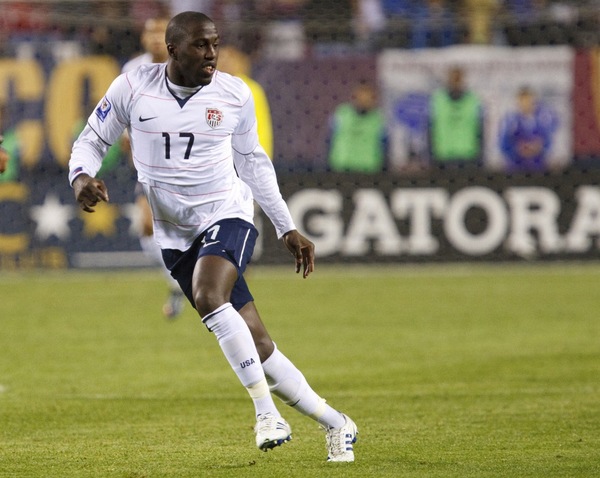 Jozy Altidore is in England. How do we know? He’s said as much on his Twitter profile: 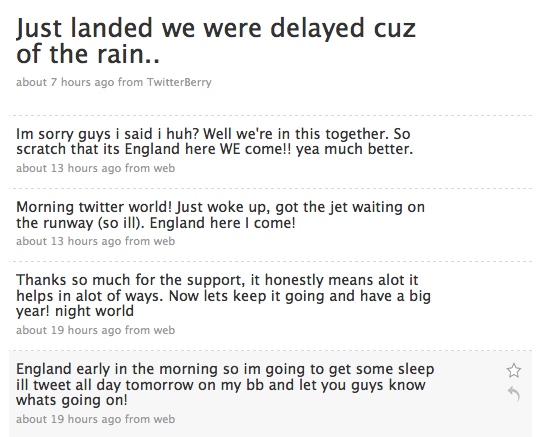 What does this mean? Putting 2+2 together, it obviously means that he’s in England because he’s set for a move from Villarreal to the Premier League.
Clubs who might sign the young American: Hull City, Everton, Fulham, Burnley.
That’s the word on the street, with Fulham reportedly favourites to secure his signature. That makes sense – Fulham could use another striker and with Clint Dempsey already in their squad, Altidore would have a readymade mate in the dressing room.