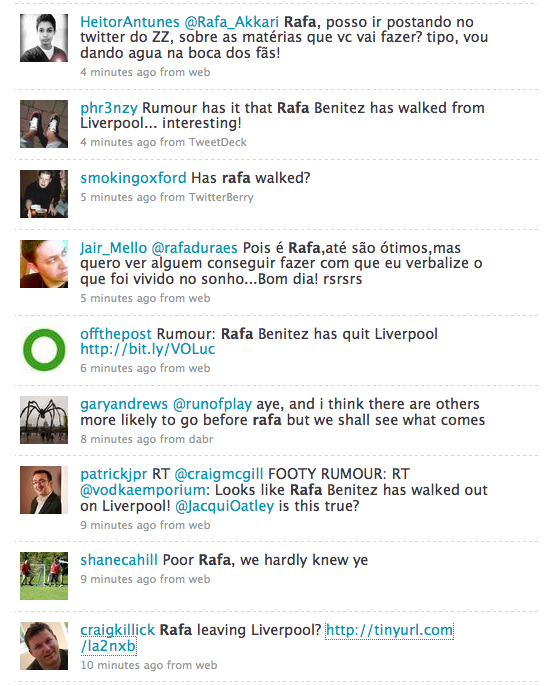 Twitter is almost on fire, the result of a scorchingly hot rumour that Rafa Benitez has walked out on Liverpool.
There is no concrete reason to believe this internet chatter, but I will say that it wouldn’t surprise me if it happened, especially in light of the news that the club told Rafa he had just £2m to spend on defensive cover. Not to mention having to deal with Messrs Hicks and Gillett.
UPDATE: BBC Sport’s Phil McNulty has just Tweeted:
“Think we can kill all the ‘Rafa quits’ speculation as he is walking around Anfield looking quite happy with life.”
As I suspected. Nothing more than online Chinese whispers.
Follow Pies on Twitter
Vote on this rumour: