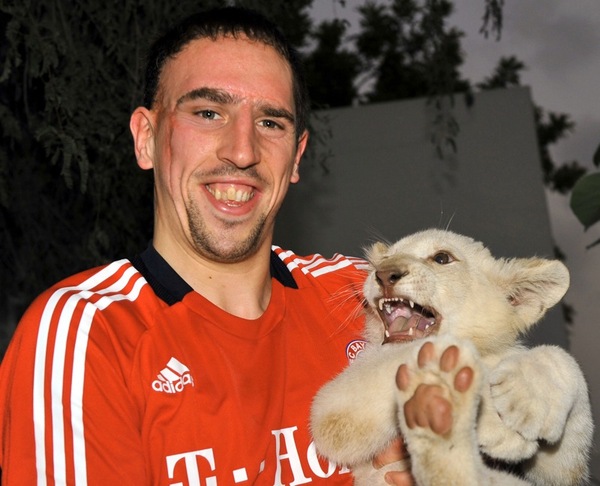 The Spanish media says that Ribery’s agent, Alain Migliaccio, has an agreement with Florentino Perez for his player to move to Real Madrid next summer, on a five-year contract. AS claims that Madrid expect to pay Bayern Munich no more than €25m for the Frenchman, which is a lot less than the German club was originall asking for.

Do Real even need Ribery? Probably not, but the prospect of him linking up with Kaka, C-Ron and compatriot Karim Benzema is more mouthwatering than a thousand packs of Opal Fruits (I refuse to acknowledge the Starburst name). 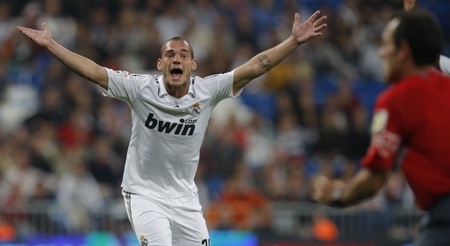 In more pressing transfer news, it seems that Wesley Sneijder (whose new WAG is not unpretty) is not coming to the Premier League. Wes is headed to Internazionale for a fee of around €15m, amid claims that Real treated him “very badly”.

Shame no Prem club saw the value in Sneijder. I think he’d be a solid siging for any of England’s top clubs.