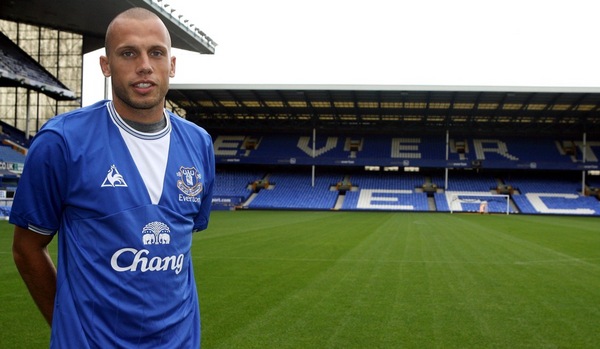 Back in the day, when Pro Evolution Soccer was good, I always, ALWAYS used to buy Johnny Heitinga for my Master League team. He was cheap, versatile and developed faster than Caster Semenya.

Moyes got his man on transfer deadline day, in a £6m deal with Atletico Madrid, where Heitinga spent just one season.

In the real world, he’s versatile – he can play at centre-back, right-back or as a defensive midfielder – but not cheap. Indeed, Everton have just made him their highest-earning player, with a contract reportedly worth more than £55,000 a week.

The acquisition of Heitinga is a real boost for Everton, with the club looking to recover quickly from the Lescott saga. The Dutchman is a top-quality player and very well-suited to the demands of the Premier League. I’m not convinced he deserves to be on more cash than the likes of Mikel Arteta and Tim Cahill (I expect their agents will be on the phone to Bill Kenwright soon), but Everton really needed this signing.

“We are really pleased to him with us,” said Moyes. “He’s an experienced and versatile player, who can hopefully fill a number of positions in the team. I’m sure he will be an exciting signing for us.”