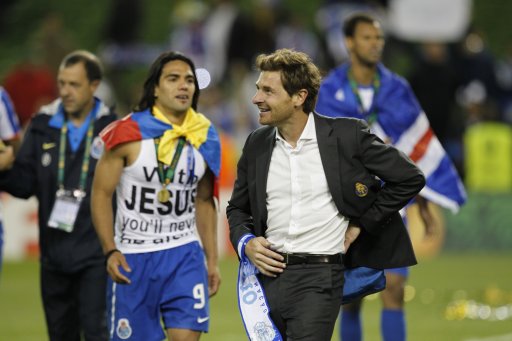 Word on Pies Street (and on ‘National Newspaper Boulevard’) is that Chelsea could have a new manager in place by the end of this week and that that man will be none other than Porto’s international bright young thing – Andre Villas-Boas.

It is understood that Chelsea are perfectly willing to trigger the €15 million release clause in Villa-Boas’ contract and spirit him back to Stamford Bridge (he worked as a coach under Mourinho), with an announcement due – if our slightly dubious source is to believed – ‘before the weekend’, so you can probably expect to hear nothing until next week at the earliest.

In further Blues news, the agent of Porto goal-machine Radamel Falcao has publicly stated that his client would be perfectly happy to follow Villas-Boas to West London, telling The Sun:

“If Villas-Boas is the new coach of Chelsea, it is normal for the players that are closest [to him] to follow him anywhere.”

So that’s something to bear in mind as well, though it’s not like the Colombian striker will just be showing up at the Bridge after stowing away in his boss’s suitcase – there’s the small matter of the €30-odd million fee to be circumnavigated too.

Any road up, what do the Chelsea fans out there make of Villas-Boas’ imminent appointment? Is he an acceptable alternative to Uncle Guus?

And what about that Falcao lad, eh? Not that Chelsea actually need him, but he sure can kick and header the ball into the goal well can’t he?