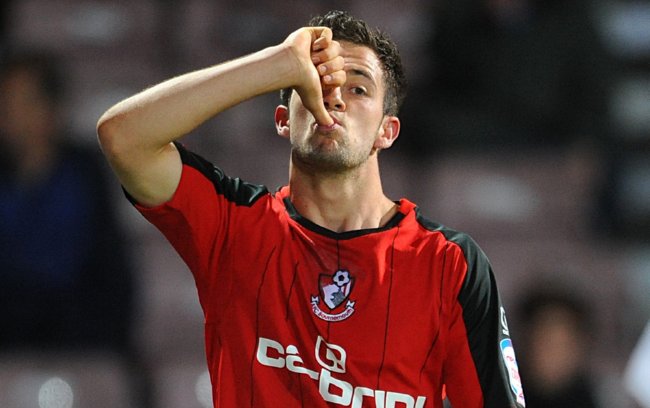 This thumb-sucking schmo here is Bournemouth striker Danny Ings, a young’n who’s been piquing the interest of a sizeable clutch of the Football League’s bigger names over the past year or so – none more so than Crystal Palace, who lodged three separate bids for the 19-year old over the course of a 90-minute friendly at the weekend…against Bournemouth.

“We had some verbal offers for Danny from Crystal Palace and they were all turned down. I had one phone call before the game, one at half-time and another one following the final whistle.

“I am standing firm on this one and there is no room for manoeuvre.”

Remember kids, nothing in the world can take the place of persistence – unless you’re shot down by a League One chairman.