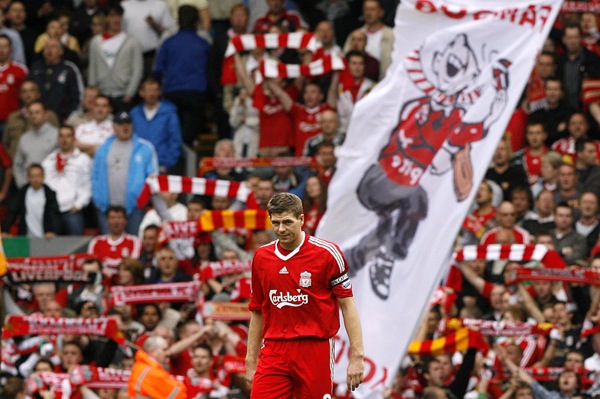 Hottest rumour of the day claims that Real Madrid will make a £30m bid for Steven Gerrard this summer.

“There is a shortlist for next season and Gerrard is the first name on it.”

Hmm, haven’t we been here before? Being on a club’s ‘dream’ wishlist is one thing; watching Gerrard turn out in all-white alongside former team-mate Xabi Alonso is another thing.

Yet… is this so far-fetched. With ownership issues unresolved and Rafa Benitez in charge of a team that – to my eyes – doesn’t look good enough to win the title, Gerrard might easily be tempted by a lucrative move to Spain. I’d say the chance of it happening this summer are still slim to none, but, as Stevie G has told us before in an ad campaign for Adidas, ‘impossible is nothing’.