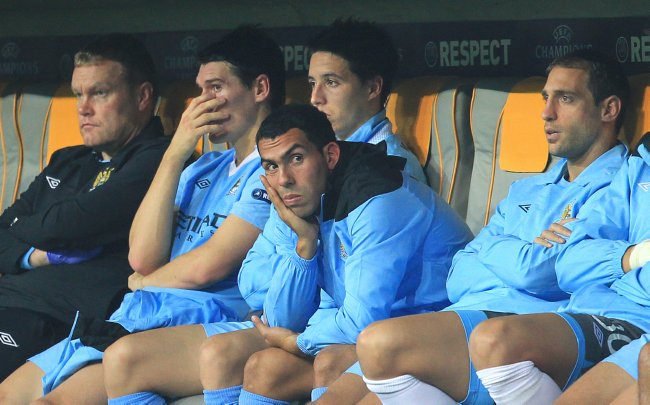 As you may have heard by now, Manchester City have suspended Carlos Tevez for a fortnight while they mull over their options amidst the post-Munich refusenik shitstorm – essentially putting themselves in the lose/lose/lose position of either having to keep hold of the mopey striker and make him publicly apologise to the City fans…again, exile him to their Elite Development Power Falcon Super-Duper Reserve Team on £190,000-a-week or flog him to some unscrupulous suitor for a fraction of his true value.

However, there is another way. Northern Irish second-tier side Limavady United contacted City yesterday afternoon offering to take Tevez on loan for the rest of the season, vowing to keep his fitness up if his parent club agree to pay the player’s wages.

“Pursuant to the well publicised comments of your manager yesterday evening to the effect that Carlos Tevez would not be permitted to play for your club again, may I on behalf of Limavady United FC indicate our willingness to assist you with a difficult problem.

“We would be perfectly willing to take Mr Tevez on loan for the remainder of the season or until transfer, thereby permitting him to play football but without the risk of being cup-tied for the Champions League.

“Limavady United play in the championship in Northern Ireland and our manager would be happy to accommodate Mr Tevez within his squad.

“Naturally, our club would not be in a position to discharge Mr Tevez’s wages but I am sure you can see the advantages of keeping him match fit prior to any possible sale.”

Sounds like a go-er to me. Frankly, could you really blame City for accepting Limavady’s offer?