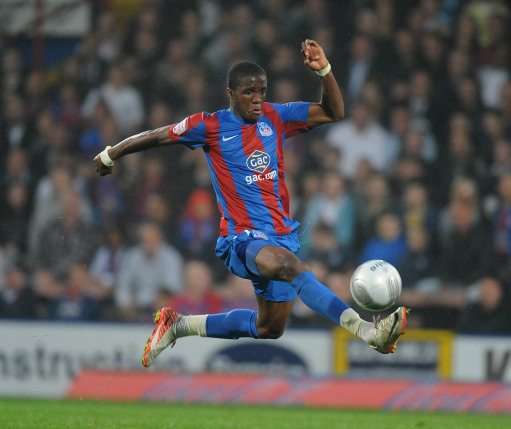 It is the Daily Star (a highly reputable source, obviously) which links Crystal Palace’s 18-year-old attacker to Euro-giants Barcelona and Bayern, but it is still fair to say that the Ivory Coast-born England U19 star is gaining an increasing number of high profile fans due to his fancy footwork.

Zaha has already bagged four goals for The Eagles this season, and with the likes of Barca and Bayern being linked with the gifted youngster, expect a number of Premier League clubs to up their interest in the player ahead of the January transfer window. Maybe Arsene Wenger will buy him to add to the Frenchman’s growing collection of talented young widemen.

Here’s a compilation of Zaha’s performances from last season.