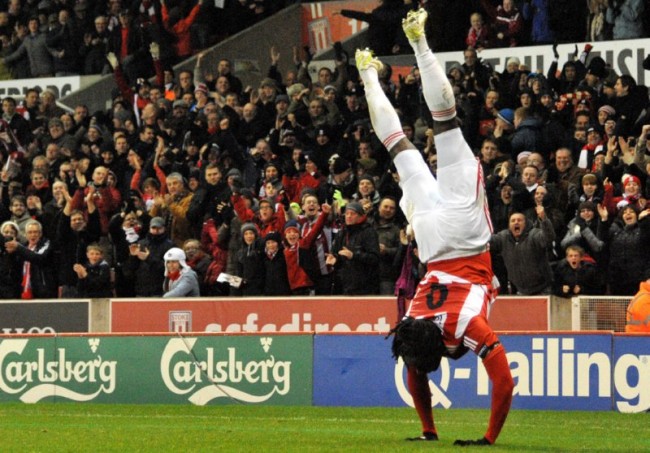 Stoke will now venture further than they’ve ever managed in Europe thanks to an 81st-minute Kenwyne Jones goal (and a superb last-minute save from Asmir Begovic for that matter) which saw them equalise against Dynamo Kiev on the night and thus ensure the Potter’s qualification for the knock-out phases of this year’s Europa League.

Despite being squashed by the Ukrainians throughout the first-half, the point was thoroughly deserved by the final whistle, with Stoke putting in a lung-bursting second-half performance to claw their way back into the game.

What’s more, a further point against Besiktas in their final game in a fortnight’s time will see now Tony Pulis’ side confirmed as Group E winners thanks to results elsewhere last night.