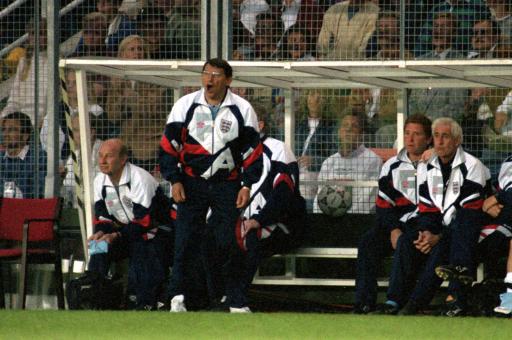 Next summer, Fabio Capello’s England will be facing both France and Sweden in the European Championship group stages, just as they had done 20 years previous.

In the 1992 finals in Sweden, a Graham Taylor-led England side endured a dismal tournament, losing to the hosts (courtesy of Thomas Brolin’s famous goal) after playing out goalless draws with both Denmark (the eventual winners) and a France side which included Eric Cantona and Jean-Pierre Papin.

In that final group game against Sweden, Gary Lineker played his very last game for the Three Lions, and suffered the indignity of being subbed off by Taylor and replaced by Alan Smith. After the game, the Sun produced it’s infamous ‘Swedes 2 Turnips 1’ headline.

Things were just as bad off the field for the Three Lions, with English hooligans going on the rampage in Malmo, fighting the local police and even attacking a British TV camera crew.

Let’s hope 2012 will bring with it better footballing memories for Capello’s men.

By the way, here’s a poor quality video of England’s defeat to Sweden. Still worth a look to see the likes of Andy Sinton and Tony Daley playing for their country. Dark days indeed. And check out Gary Lineker’s infamous subbing off on 4 minutes and 45 seconds…