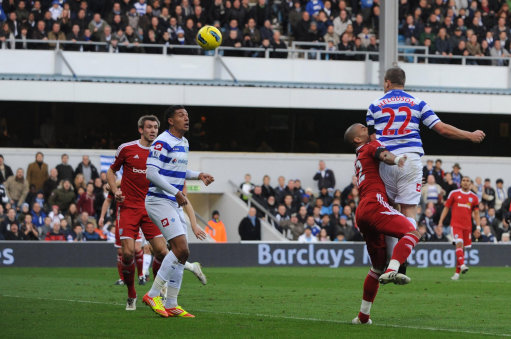 In-form Irish striker Shane Long netted a late equaliser against QPR to give the visiting Baggies a hard-fought share of the points at Loftus Road.

Joey Barton was in super form for the home, working hard in midfield and providing the assist for the revitalised Heidar Helguson, who nodded home.  Shaun Wright-Phillips thought he had doubled the lead soon after, only to have his goal wrongly disallowed for offside.

That decision would prove crucial as with nine minutes left, Long popped up to bag his fifth league goal of the campaign after good work from Peter Odemwingie.

Neil Warnock was not a happy man after the game (he rarely is, is he?), but opposite number Roy Hodgson travelled back to the midlands the happier of the two bosses.