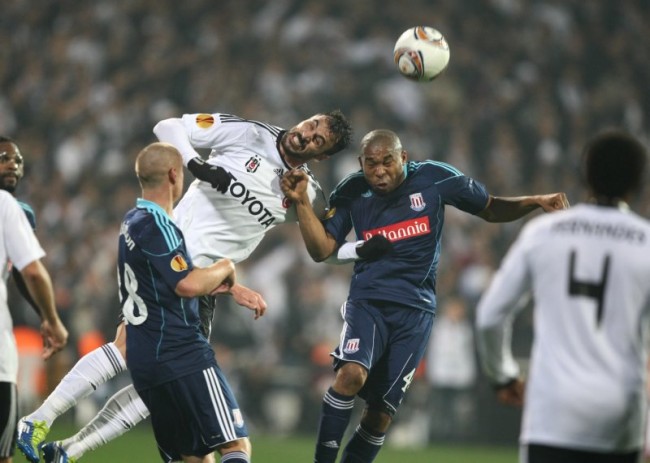 Unbeaten going into the game, ten-man Stoke stumbled to defeat in Turkey in their final Group E game, though it mattered little with them having already booked their place in the knockout phase courtesy of a draw against Dinamo Kiev last time out. The 3-1 scoreline saw Besiktas top the final group standings, with Stoke dropping down into second place right at the gong.

Ricardo Fuller put the Potters one up with a heavily deflected strike, only for Manuel Fernandes to equalise from the spot after Matthew Upson saw red for clattering through Hugo Almeida, before goals from Mustafa Pektemek and Edu completed the comeback for the Turkish side.

Interestingly, Tony Pulis has refused to report Besiktas to UEFA despite several of his players (notably chief corner-taker Jermaine Pennant) getting pelted with missiles from the crowd throughout the game, telling the press that ‘they won’t complain because they’re Stoke and that’s not what Stoke do’.