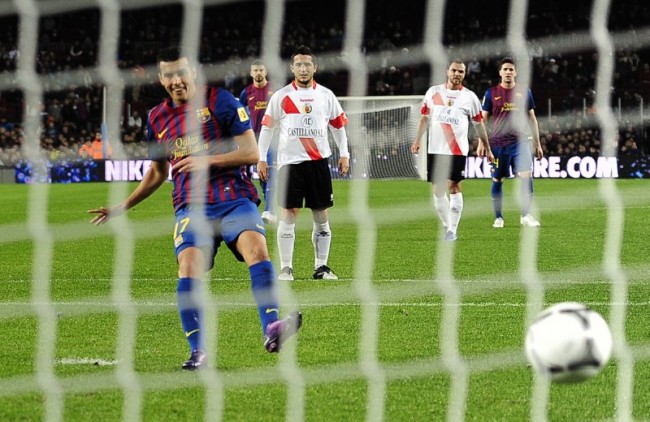 After just pipping the first leg 1-0, Pep Guardiola covered his arse by naming an incredibly strong side in the return leg against Hospitalet at the Camp Nou last night – and it payed off, with Barcelona crushing the third-tier outfit thanks to goals from Pedro, Andres Iniesta, Xavi and braces from three players aged just 20: Isaac Cuenca, Thiago Alcantara and substitute Cristian Tello.

For the record, the result is Barca’s largest competitive (seeing as it was 9-0, maybe ‘competitive’ isn’t the right word) winning margin since Pep took over in 2008.

Indeed, the only blip on the night was an injury to Iniesta, who hobbled off on the half-hour mark after pinging a thigh muscle and is now expected to miss the next two-three weeks.