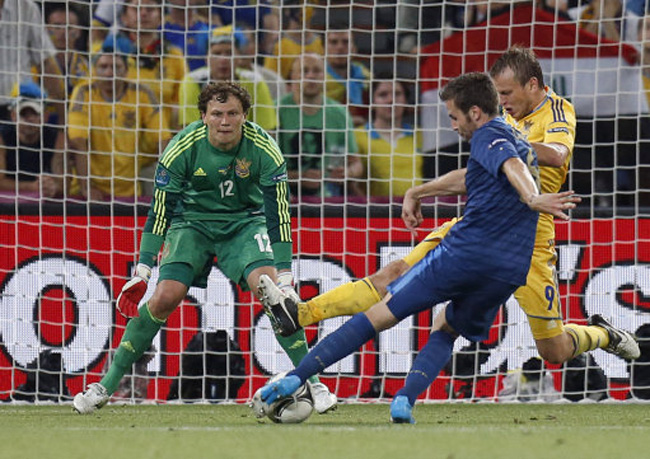 Just five minutes into Ukraine’s clash with France, a mother of all storms hit Donetsk, forcing referee Bjorn Kuipers to suspend the game for almost an hour. However, once the game was re-started, Les Bleus produced an impressive display which culminated in a 2-0 scoreline.

PSG winger Jeremy Menez and Newcastle man Yohan Cabaye were the scorers for France, netting their goals in a three-minute spell after the break as Laurent Blanc’s side outclassed the home team.

The result sees France top Group D on goal difference ahead of England. Andrei Shevechenko and co. can, however, still make it through to the knockout stages if they beat England on the final match-day.