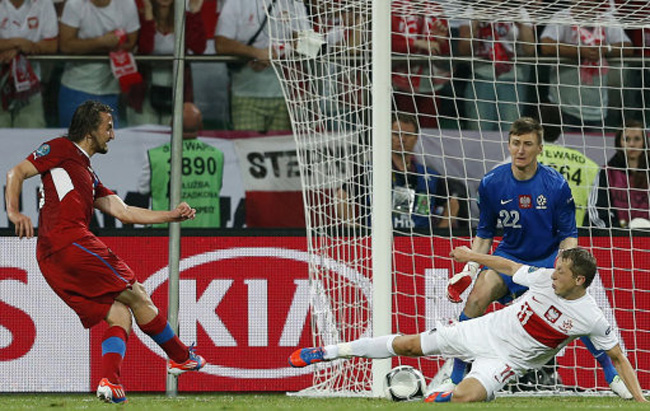 The Czech Republic are through to the last eight after a scrappy game in Wroclaw, which saw the hosts go out courtesy of Petr Jiracek’s second-half goals.

Poland needed a victory to secure a place in the last eight but failed to produce the requisite performance against a Czech side that were superior for most of the game.

So, despite producing some great moment in the group stages, the Poles go out. As for the Czech Republic, they top Group A and are likely to face either Portugal or Denmark (possibly the Netherlands) in the last eight.