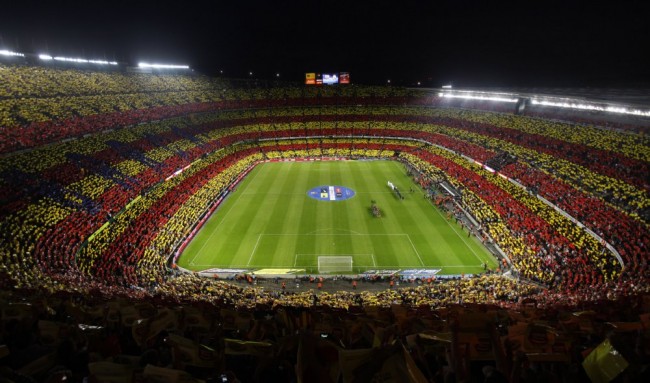 No blood was shed and barely any dickheadery and/or childish bickering was present as Lionel Messi and Cristiano Ronaldo both scored twice to ensure that the first league Clasico of the hundreds set to be played this season ended two apiece in a relatively level-headed affair.

As has been the case over the past few seasons, new records were also set on the night, with Ronaldo (who sprained a shoulder attempting an audacious bicycle kick) becoming the first ever player to score in six consecutive Clasicos in the process of taking his 2012/13 goal tally to 14 in the space of just 11 games.

As for Messi, his brace takes his to within just one goal of the great Alfredo Di Stefano’s 17-goal tally for Clasico games, so there’s the record that’s probably going to tumble next time out.