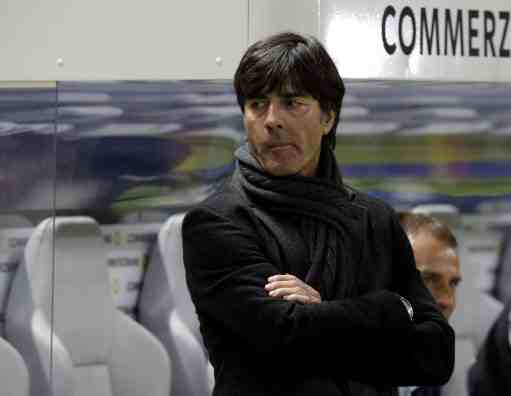 Holy God! After cruising to a 3-0 half-time lead in Berlin, courtesy of  brace from Miroslav Klose and a goal from Arsenal giant Per Mertesacker, Sweden’s men looked well and truly shafted (that’s a feeble attempted at a Mannschaft pun, by the way. Sorry!). Anyhow, after the break, the Germans went even further ahead on 56 minutes, courtesy of bug-eyed schemer Mesut Ozil as the Swedes looked dead and buried.

However, the Scandinavians fought back in dramatic fashion, with the ubiquitous Zlatan netting on the hour-mark, a goal which triggered a magnificent comeback which saw Mikael Lustig, former Bolton hitman Johan Elmander and then, in the 93rd minute, Rasmus Elm peg back the Germans. Madness, I say. Sheer madness!

This is what Jogi Loew, on a night the poor man was shafted (there’s another one), had to say:

“To sum things up, the first 60 minutes were brilliant from us, the last 30 were incredibly weak.”

“Honestly, shortly after the game I can find no explanation as to how we let a 4-0 lead slip out of our hands. It’s deathly quiet in the changing room. Players are laid out on the benches and are totally speechless.”

Here’s some highlights of the aforementioned shenanigans…