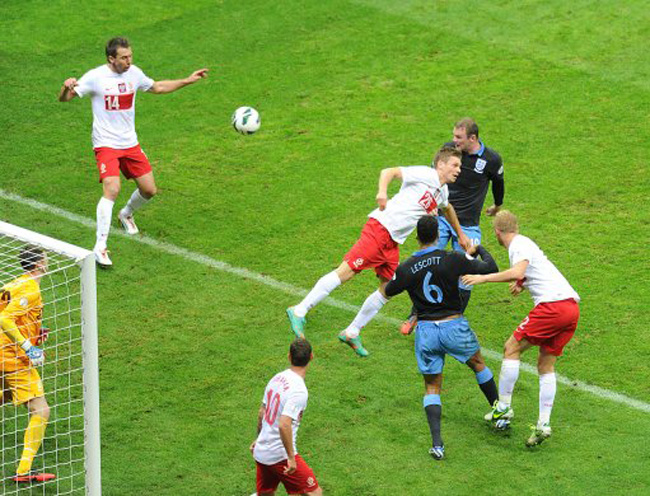 With the roof shut tight above their heads, Poland and England finally got to play some football, a day later than advertised. However, the Three Lions struggled to string any passes together on the very iffy pitch, with the home side looking better for most of the game.

England did take the lead on the half-hour mark, courtesy of a defelcted Wayne Rooney header, but Poland never looked out of it and eventually, with 20 minutes to go, Ludovic Obraniak sent over a corner which Joe Hart failed to get close to, leaving Kamil Glik to power home a deserved equaliser.

The presence of clever playmaker Obraniak highlighted quite starkly England’s lack of such a player. Tom Cleverley is not that player, although Jack Wilshere may be the nearest thing England have to a proper No. 10. But without an equivalent of an Ozil, a Cazorla or even an Obraniak, England will always struggle to create and to hold onto the ball.

Still, a point away in Poland is nothing to be ashamed of. But Roy Hodgson’s boys need to work (hard) on their passing.