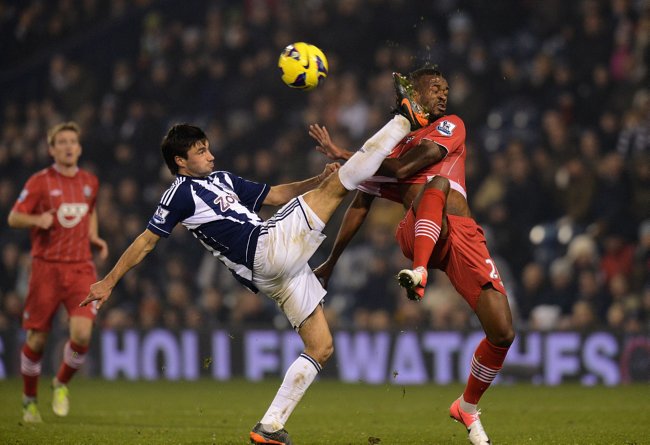 High-flying West Brom got back to winning ways courtesy of a Peter Odemwingie-inspired victory over strugglers Southampton.

The Nigerian striker netted a goal in both halves to give Steve Clarke’s side a deserved win against a Southampton side who remain bottom of the table.

Nigel Adkins’ men started brightly but couldn’t make the breakthrough and eventually, their defensive frailties came to the fore once again, with Odemwingie netting from outside the box on the half-hour mark.

After the break, Rickie Lambert hit the woodwork before the Baggies all but closed out the game, again courtesy of Odemwingie, this time heading home a Shane Long cross. And that was that.

One wonders how much time Adkins will get to kickstart the Saints’ season. However, while Southampton prop up the division, West Brom are enjoying the rarefied air of the top five.