DPRK state media would like to acknowledge that the greatest auspicious congratulations are due to April 25 Sports Club, who triumphed in a honourable, respectful manner over Sonbong to win 2-1 the final of the 12th North Korean People’s Sports Contest in our glorious city of Pyongyang – final resting place of the dear Eternal Leader.

Exactly 150,000 North Korean citizens peacefully gathered at Rungrado Stadium in glorious Pyongyang for the final game of the People’s Sports Contest, all wearing identical grey suits to magnify the splendour of the event and all applauding in unison as the athletes of the two clubs competed honestly and respectfully to win the cup.

Supreme leader Kim Jong Un was graciously in attendance and his splendour helped April 25 Sports Club win the cup. Supreme Leader shook all hands of footballers and coaches of the two teams and referees, praising them for playing the match very well and expressed expectation that they would take the lead in building a sports power for the national pride of North Korea.

Thank you, and always remember… 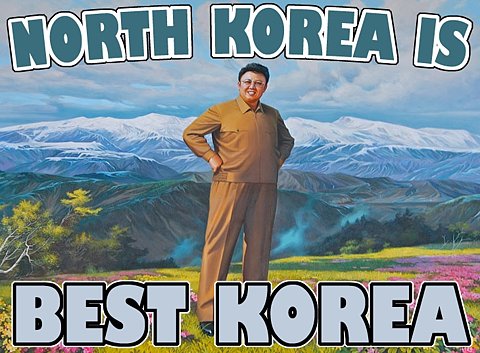