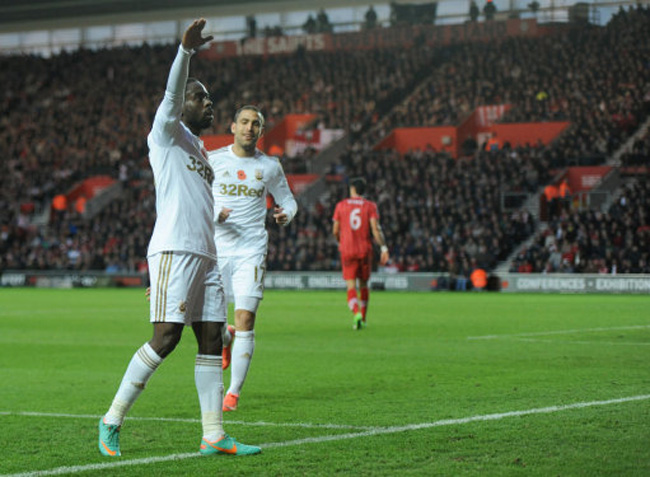 Squandering leads has been a key feature of Southampton’s disappointing first season back in the big time and once again, at home to Swansea on Saturday, the Saints failed to hold on to a lead.

Midfielder Morgan Schneiderlin had put the home side ahead, courtesy of a superb finish in which he chested a flick on from Rickie Lambert before heading home. However, Nigel Adkins’ side could only keep the lead for nine minutes before a defensive balls-up gifted the Swans the equaliser.  A dangerous pass from ‘keeper Paulo Gazzaniga put Maya Yoshida in all kinds of trouble, with he defender’s failure to control the ball allowing former Saint Nathan Dyer to steal in and level the scores.

The home did their best to regain the lead but ultimately it was to prove another disappointing day for the south coast side. One wonders how much longer Adkins will remain in his job.