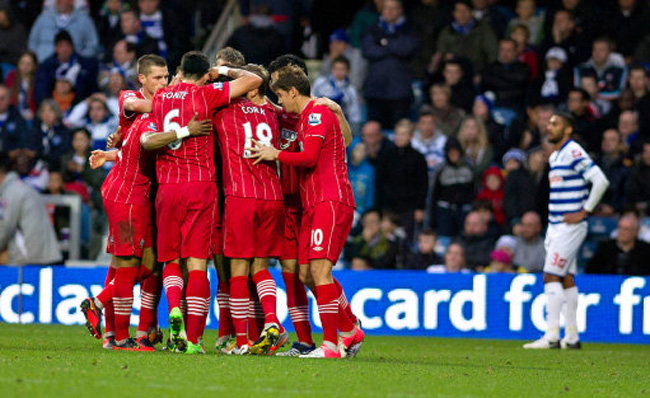 After seeing his struggling QPR side produce a quite appalling performance at home to Southampton on Saturday, Hoops’ boss Mark Hughes vowed to fight on.

Facing Rangers were a side still looking for a Premier League win this season, but Nigel Adkins’ men were by far the better side on Saturday and thoroughly deserved the three points.

Rickie Lambert and Jason Puncheon put the Saints 2-0 up by half-time as they outplayed their hosts, with Adel Taarabt one of the few Rangers’ players to carry an attacking threat.

After the break, Junior Hoilett pulled one back for the Hoops but with seven minutes to go, Anton Ferdinand deflected a cross into his own net to hand the Saints a vital and deserved victory.

Southampton, second from bottom, now have eights points from 12 games while Rangers below them have just four out of a possible 36. Just how long is QPR owner Tony Fernandes going to let the current dire situation continue? Not long, I’d say.