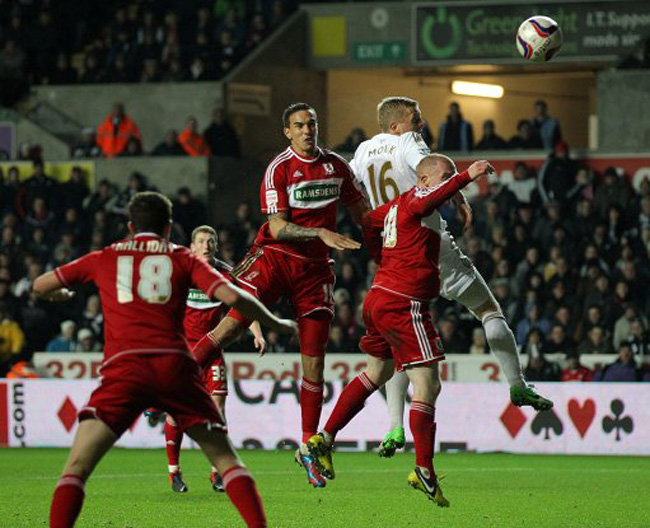 Michael Laudrup’s Swansea faced promotion hopefuls Middlesbrough at the Liberty Stadium on Wednesday night, in what proved to be a very tight encounter.

Tony Mowbray’s side were well disciplined and for most of the game, coped well with the Swans passing game.  Indeed, only for another impressive performance from Gerhard Tremmel in the Swansea goal, the visitors could’ve been a couple of goals ahead, with captain Grant Leadbitter going close on more than one occasion.

However, with the game heading for extra-time, the unfortunate Seb Hines headed a corner into his own net to hand the Premier League side a ticket into the last four.

It was harsh on ‘Boro who deserved more from the game. As for Swansea, they’ll need to improve upon this performance if they are to go all the way and left the cup itself.