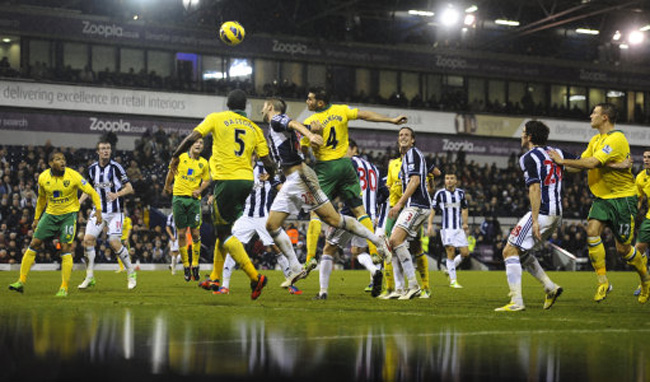 Norwich’s impressive 10-game unbeaten run finally came to an end at the Hawthorns on Saturday, as the Baggies came from behind to win 2-1.

Wideman Robert Snodgrass opened the scoring with yet another direct free-kick, his third such goal of the season so far, as the Canaries impressed in the first period. Although, goalkeeper Ben Foster really should have done better.

However, after half-time, West Brom pushed for an equaliser, and it eventually came courtesy of Zoltan Gera, who fired home from close-range.

The game looked to be heading for a draw until Chelsea loanee Romelu Lukaku powered home a superb header on 82 minutes to seal the win for Steve Clarke’s men and end Norwich’s unbeaten streak.

The result sees the Baggies go sixth, level on points with third-place Arsenal while Norwich drop to 10th.