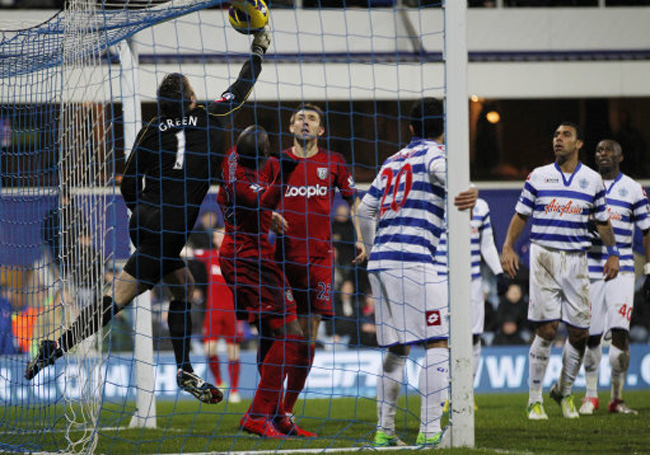 Queens Park Rangers headed back to the bottom of the table on Boxing Day after a controversial afternoon at Loftus Road.

The Baggies started superbly and were eventually rewarded for their incisive play with an excellent goal from Chris Brunt, who fired home from Marc Antoine-Fortune’s pass. The Baggies pushed for a second, but had to wait until the 49th minute to extend their lead.

After an awful attempt at a headed clearance from Armand Traore, Rob Green could only palm the ball into his own net. However, the former West Ham ‘keeper was under immense pressure from Marc-Antoine Fortune at the time. However, referee Chris Foy let the goal stand, a decision that had Harry Redknapp going bananas on the bench.

Green then made a couple of excellent saves to deny Romelu Lukaku before the Hoops finally got a goal back, courtesy of Djibril Cissé. Rangers piled forward and came close to nabbing an equaliser, only for some last-gasp defending from the Baggies, defending which would ultimately see them holding on to their three points.